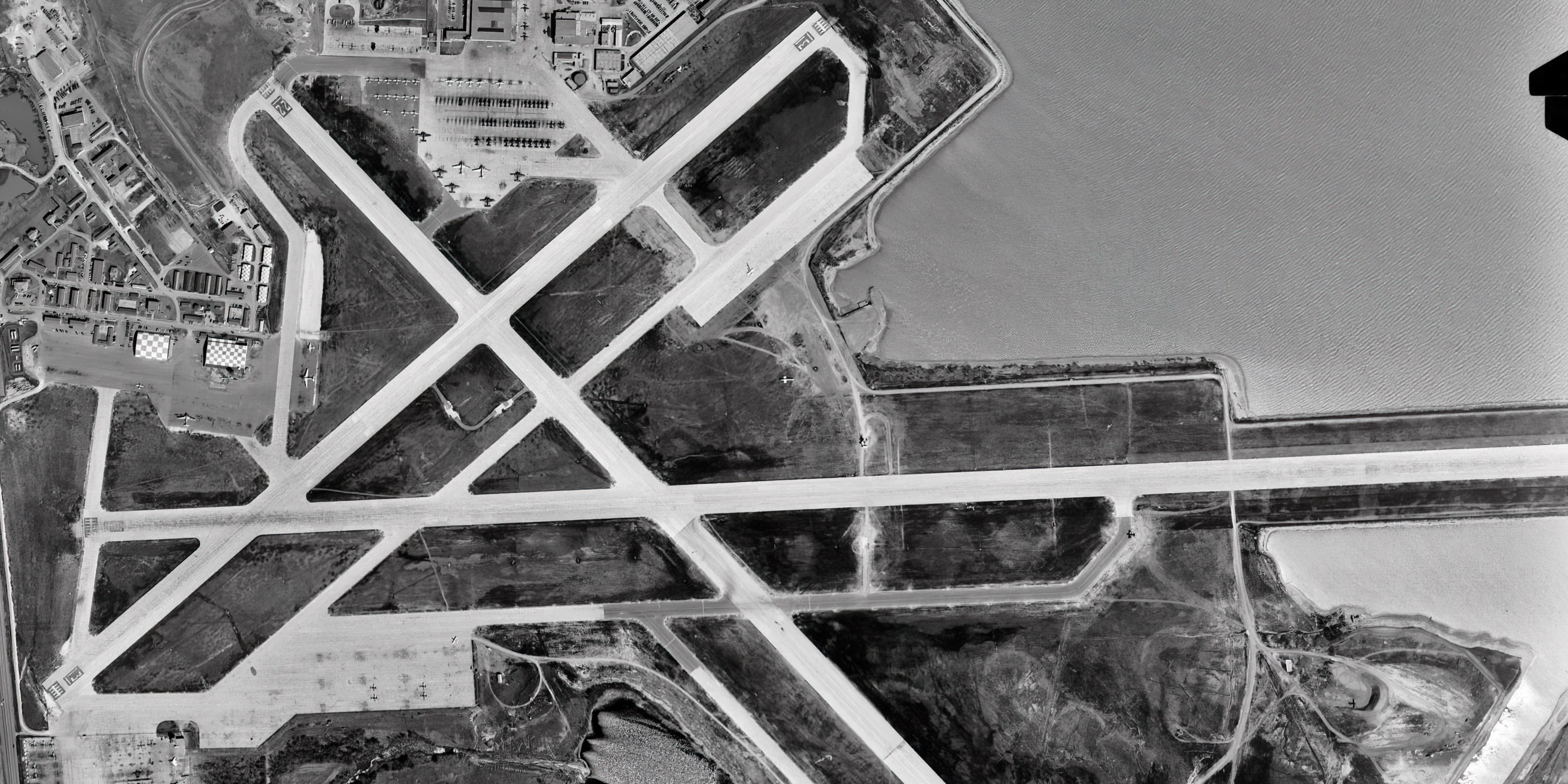 Across the country, aging military bases continue to be decommissioned, offering a unique opportunity to reimagine these large-scale, flat, open spaces as thriving, alive, culture-creating hubs in their community. In a time when everything is shifting and we’re being restricted in so many ways, people are craving spaces to (safely) connect, to run free in nature, and find a new way fulfilled, whole and well. It’s the opposite of Joni Mitchell, instead of paving paradise to put up a parking lot, we’re finding out what happens when we un-pave the parking lots and put up paradise.

As barracks, runways and warehouses re-emerge as stores, homes and parks we have the chance to re-design communities on a grand scale, turning gray installations into inviting neighborhoods, surrounded by nature, with new, alive environments to live and work.

When we took on the challenge of developing air bases, our main problem was we had nothing and had to create everything. We quickly realized the consistency of continuously blank slates that were almost always flat, with a few trees, and some purposefully planned, very bland buildings. Other than that, we could count on a lot of asphalt, concrete and efficient infrastructure. With the goal of bringing life to these environments by creating landscapes that want to be lived in and interacted with, our biggest question was how do we bring these massive properties down to a human scale. By establishing welcoming, inviting environments, we create spaces that people feel good about being in – we make what was once impersonal extremely personal, with an identity, a sense of fun and an engagement that nods to the past while looking toward the future.  ‍

Originally the Alameda Naval Air Station, Alameda Point sits on 878-acres of waterfront land with dramatic views of the San Francisco Bay. The initial development includes 800 housing units and 60,000 square feet of commercial space in the former air station’s World War II-era buildings. The focus is on a new main street, parks, and low-rise residential with maker spaces and a collection of wineries and breweries, dubbed “Spirits Alley.”

With so many elements present, we developed the branding and identity as a foundation and uniting element for the project. At first, water was the obvious theme – the site sits on a stretch of coastline with views of the city – but further research uncovered a rich history that included a thriving Victorian-era community and a stint as a Pan-Am terminal in the ‘30s.

Ultimately, it’s the runways and connection to aviation that invoke a pride in America and link to an exciting past. However, identity can’t stay stuck in nostalgia and this project has to connect with different generations, attracting families and diverse groups alike.

A palette was developed to capture the richness, nostalgia and warmth of the environment, while still connecting it to current demographics. The branding and logo brought together core elements of the project, highlighting each unique district, making the individual part of the whole.

Additionally, a full activation program was developed around concepts that could inspire, educate, and entertain a landscape full of active lifestyle enthusiasts, families, urban professionals, artists, and students. With the target audience identified, we decided on temporary installations like food trucks, a container park, and key spaces to create and capture shareable moments, in addition to art and community events, all designed to bring Alameda Point to life with a very special sense of space.

When the Marine Corps Air Station at El Toro was closed in 1999, it sparked years of debate and ballot initiatives to determine what to do with the land. The eventual result was the Orange County Great Park, a groundbreaking plan to turn the unused air base into an arts and sports recreational center. At 1,300 acres, the park itself would be bigger than New York’s Central Park or San Francisco’s Golden Gate Park, including its 688 acres of parkland and 175-acre sports facility.

The challenge here was how to bring a sense of scale and identity to a completely new space. With the project evolving and so many different entities and individuals closely invested in its progress, the design process had to be open, inclusive, and highly flexible. As new neighborhoods come online, new designs are constantly needed today.

The City of Irvine, a seminal Southern California master-planned community, already had a distinct look, feel and culture, but the Great Park’s development team wanted to instead create a new, low-key identity separate from Irvine. The team specifically wanted to avoid the look and feel of California’s gated communities, with big entry monuments, a closed-off feel and cookie-cutter vibe.

Each area of the park is different and was developed with a different theme, tying in a universal emphasis on walking and biking. All the wayfinding elements – pedestrian and bike signage, trails, and educational moments – communicate and reinforce the overall identity while celebrating and defining each unique area. On every level, the park must present a comfortable and secure environment in order to draw families and active young adults from the surrounding area.

At the same time, there also has to be an element of whimsy and adventure. A special emphasis was placed on random and unexpected moments that would make people smile, allowing for a level of variety and delight that would give the new park personality and distinction. Hand-painted signs and benches are used to create a sense of neighborhood, an organic space that reflects the people who live there.

Playing on that, we discovered new opportunities throughout the site to create new environments. Lights were strung from mature trees and a large viewing deck was built into a grove of jacarandas. Big shade structures were designed to define spaces, allowing for mixed-use. Every element provides more occasions for people to connect while continuously encouraging them to explore.

In San Diego, more than 1,75 million young men and women passed through the Naval Training Center on their way to service in the Navy. The base is emotionally connected through generations, a heritage that plays a large role in today’s Liberty Station, a 361-acre mixed-use development with several distinct retail, commercial, artisan, and residential districts.

On the National Register of Historic Places, the Spanish Colonial Revival buildings help give the project its distinctive style. The goal of the branding, wayfinding, and identity process was to represent this history and the site’s place in it, while still connecting to authenticity of local tenants and artisans in order to create a holistic, modern experience.

A cohesive plan was developed to create special places throughout the site, to develop easy navigation for pedestrians, bikes and cars, and to bring life and personality to the growing community. As a result, every element in the identity is clean and contemporary. The logo and branding are focused on the timeless anchor, distinctly invoking nautical roots in a contemporary way. Entranceways define the spaces and signage invites exploration while connecting the different districts.

A human scale was brought to the different blocks, including areas devoted to artisans and small businesses. Throughout the project, spaces were created to encourage people to gather and linger, while monuments and icons highlight the project’s character and uniqueness, providing opportunities for shareable moments. Art, banners and graphics all work together to cohesively remind people they are in a historically  and culturally special place.

In addition to these Runways to Parkways projects, we have worked on Airport Park on the big island of Hawaii, and Playa Vista, home to Howard Hughes’ private runway for his aerospace empire. Once housing the Spruce Goose, it’s now home to tech giants like Facebook, Microsoft, Google, and Yahoo. Often called Silicon Beach, it has parks, residential zones, retail, and a hub of restaurants. Currently, we are working on a mixed-use project known as Hensley Fields, which is well known as the Dallas Naval Air Station. 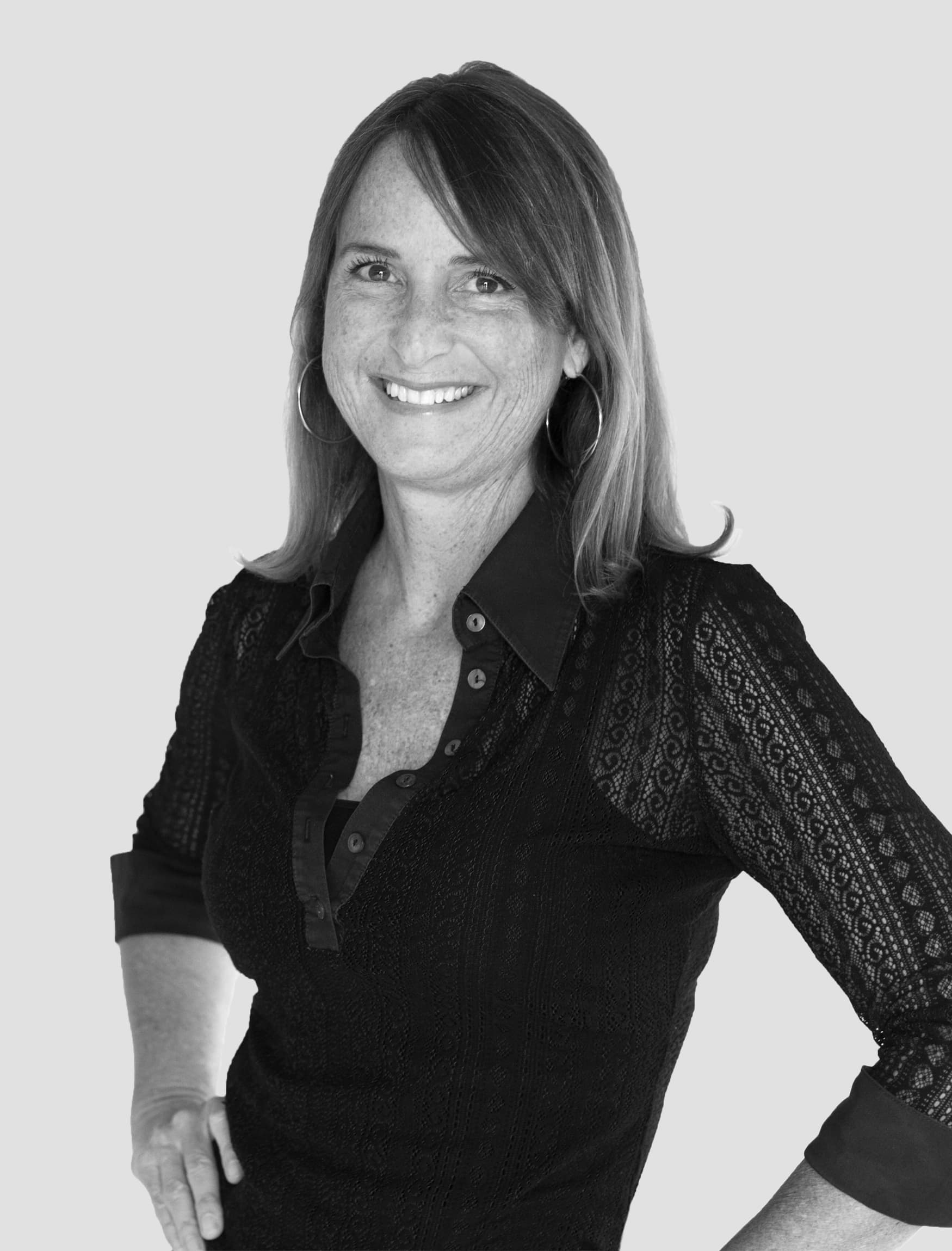 Founding partner Suzanne Redmond Schwartz directs, manages and inspires the RSM Design team with her infectious enthusiasm for connecting people to place. Suzanne distills the essence of a brand and realizes it in the built environment with clarity, purpose and imagination.