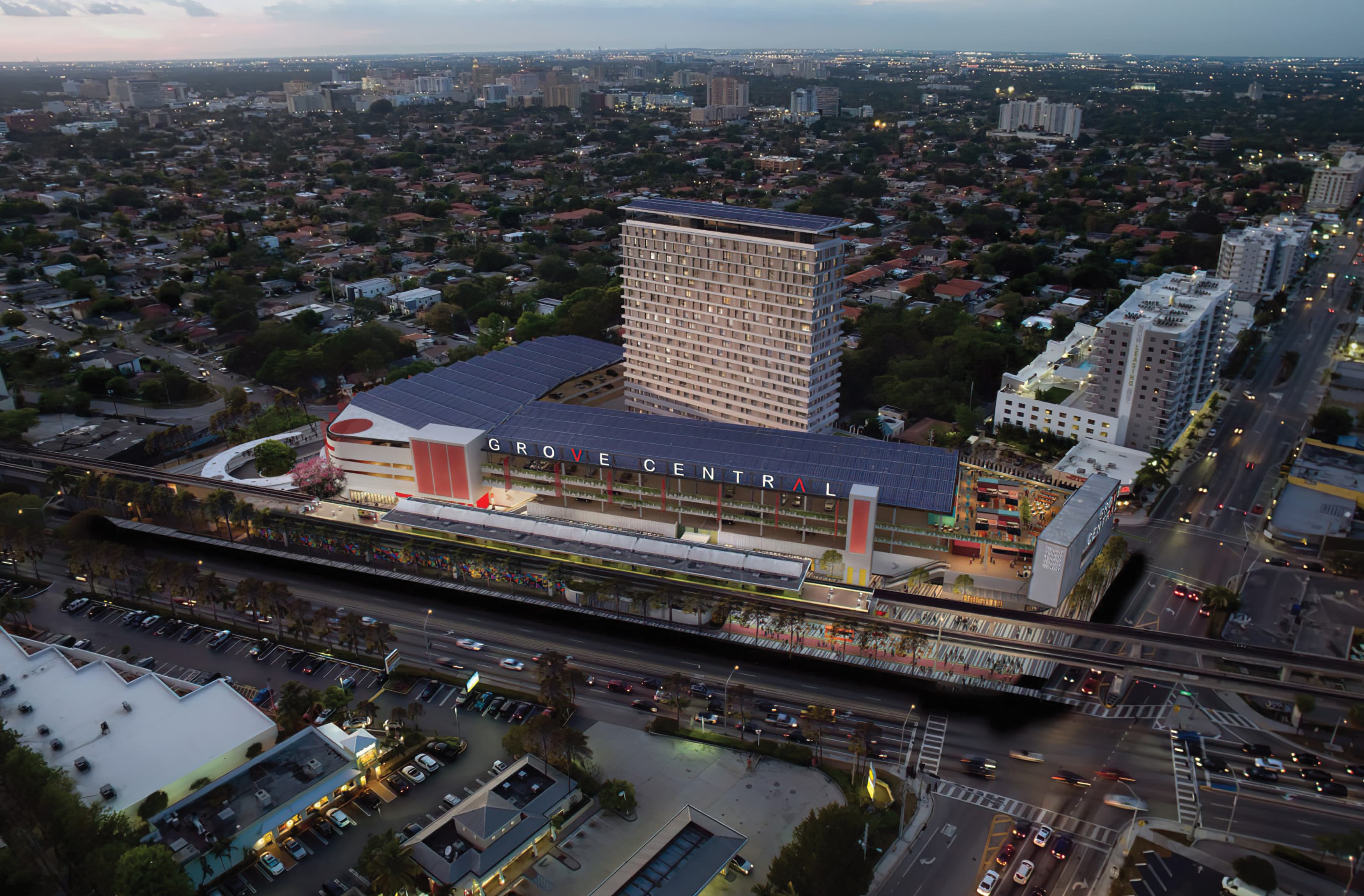 Terra, a Miami based developer, has been working to address “climate gentrification” through its strategically planned development, Grove Central, which is set to break ground in the coming months. On the site of what was formerly a parking lot in the middle of Coconut Grove, the development will house residences for middle-income earners, retail and creative work space, and will connect to a train station and a 10-mile bike and pedestrian trail.

The team at RSM Design has been engaged to bring all of these uses together through a complete branding, identity, wayfinding, and art program. The art and graphics interventions will link the Metrorail Station with the development and with the adjacent linear park to create a vibrant new destination.

“Climate gentrification” and Grove Central were highlighted in a recent article in Fast Company magazine. The principles of climate gentrification were first discussed in 2013 by Jesse Keenan and they investigate how climate change is speeding up the process of gentrification in coastal cities simply by lessening the supply of habitable land, also rendering that land much more expensive due to scarcity. Miami is cited as one of the most prominent examples, where once highly coveted coastal properties have seen a steady decline in value in past years, while higher-elevation (more inland) properties have sky-rocketed in value.