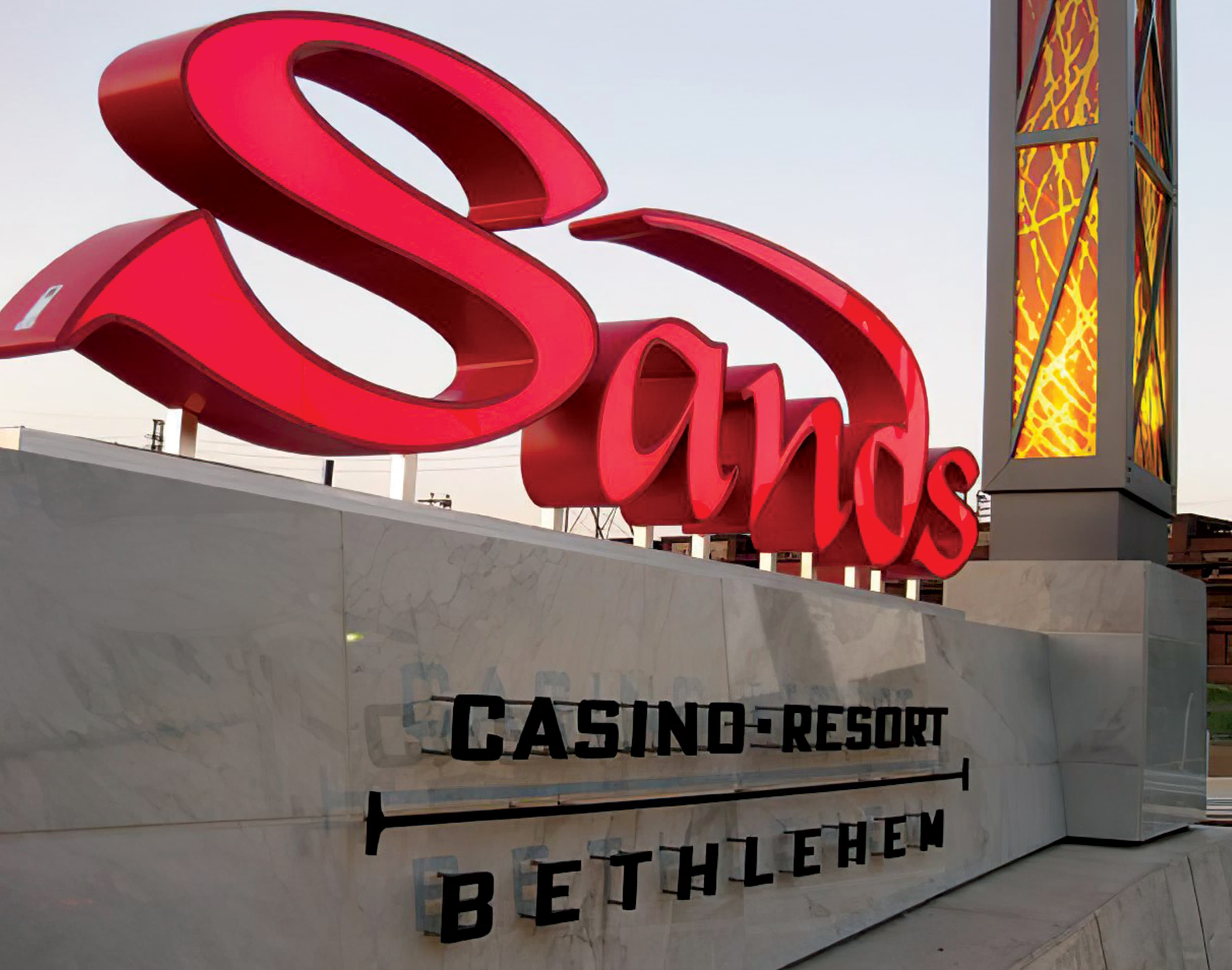 Architectural brand identity is what makes a place or project distinctive and recognizable. The brand image works to target a variety of audiences, creating awareness and conveying the environment’s and project’s unique value. A development’s future success rests on its image, its ability to create public awareness and customer loyalty.

A key factor in the image and architectural branding process for Sands Casino Resort Bethlehem was determining the use and implementation of the brand in order to create a cohesive identity that feels consistent with the industrial, contemporary and upscale personality of the project. RSM Design was involved with the naming, logo design and broad scaled project branding on a macro and micro level scale. Large scale architectural branding included not only the name and logo evolution and creation, but also the implementation of this in large scale signs such as the one placed on the historic ore crane. Micro level branding culminated in the Sands & Co. retail shop, the premier merchandise store for the Sands Corporation, where branding was concepted, designed and implemented by RSM. Sands brand collateral includes prototyping and packaging for items including hats, t-shirts, totes, luggage, candy mugs and other similar merchandise.

“Image and perception help drive value; without an image there is no perception.” – Scott M. Davis, Brand Asset Management