What is Wayfinding? Part 3: Wayfinding is More Than Just Signage 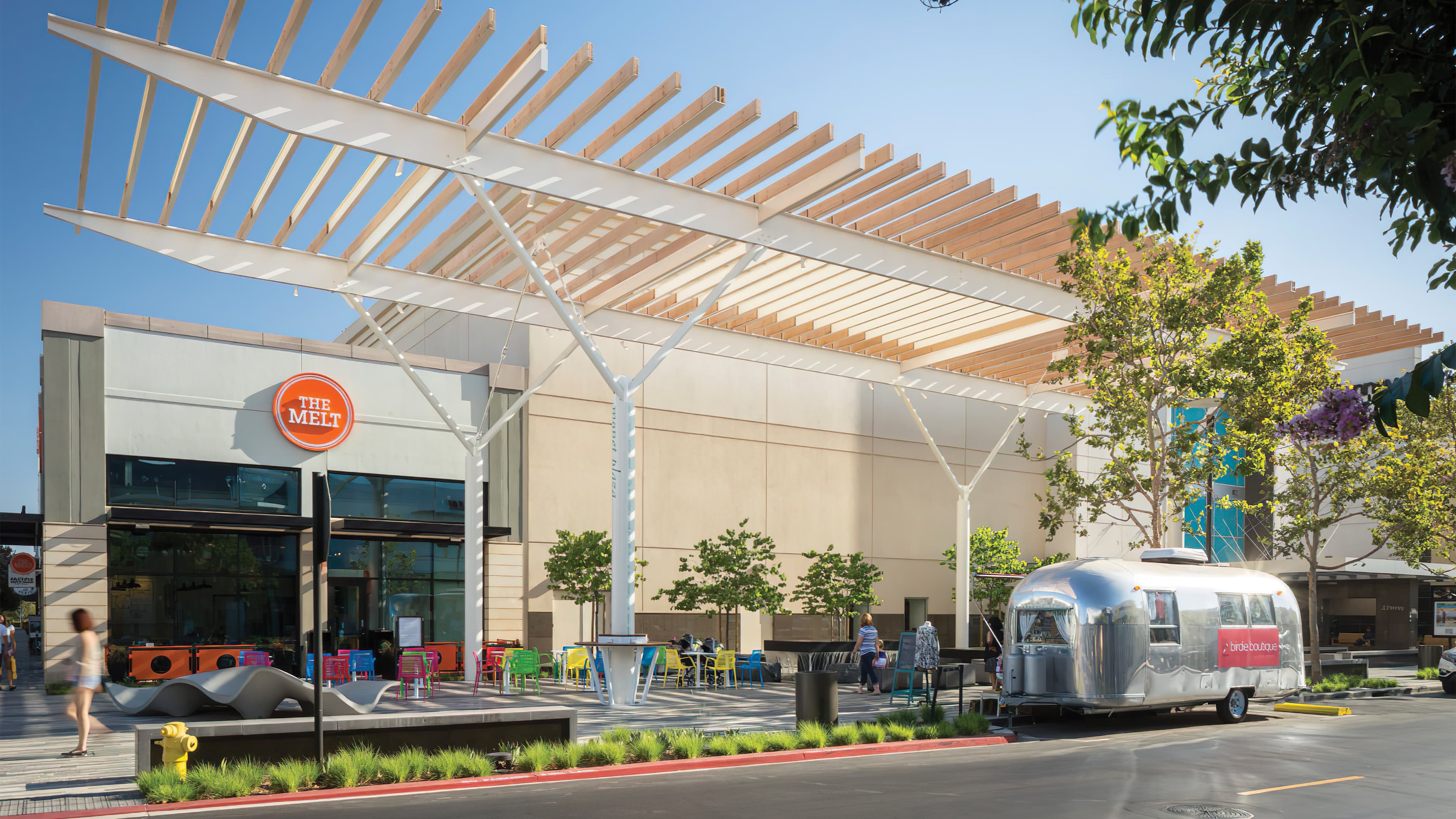 This is Part 3 in a 4 part series called What is Wayfinding? You can read Part 1 here, Part 2 here, and check the blog next week for Part 4: What’s Next In Wayfinding?

If wayfinding is more than just signage, where else can we find it? Architecture, landscaping, lighting, art, and technology all play a significant role in a wayfinding system. As an example, let’s use a mixed-use project (retail plus residential) in an urban core. The project’s first wayfinding decision happens way upstream when a developer evaluates and selects the project site. The site’s proximity to transit, adjacent retail, parks and services begin to define its wayfinding profile. How easy is it to get to the site? How easy is is to get from the site to major transportation routes? Later, the architectural design team begins to add to the project’s wayfinding profile in siting the building(s). How will the architecture respond to the city around it? Will it close itself off from the street or open up to it? Because our example is a mixture of retail and residential components it will likely attempt to do both – to expose the retail while partially obfuscating the residential.

This split personality begins to drive wayfinding decisions – will the retail and residential parking be separated? Will they share a common entrance? How will motorists and pedestrians access the site? How will they exit the site? The design of the building and the relationship of the building relative to its surroundings establish the foundation for wayfinding – sometimes the site and building are so well designed to support intuitive navigation that very little else is needed. If the architecture is communicating Certainty then navigation though the space becomes intuitive. With too little Certainty the wayfinding is hampered and must be supported by signage. Too much Certainty and there’s no intrigue – no Variety or Delight. Of course, various project types will require appropriate amounts of Certainty. In our mixed-use project there’s a need to draw customers to the retail as well as to the residential leasing office, but there’s an equal amount of need for privacy for the residents. How can design in architecture, landscape, lighting, and signage work to meet these simultaneous needs?

Landscape and lighting elements play important roles in providing cues to the observer. They work effortlessly, both individually and in unison, to define paths, identify nodes, and give character to districts. The landscape design can literally show the way by channeling traffic and the presence (or absence) of light in an environment can communicate the message. Both landscape and lighting are excellent sources of Certainty, Variety, and Delight as they use color, shape, and texture to provide cues to the observer – they help translate the architecture in a non-verbal language spoken fluently by humans around the world.

The signage and graphics system is also a vital part of the wayfinding system. In many cases, signage is the lifeline of a wayfinding system. Buildings gesture, lighting and landscape enhance and direct, but in complex situations it is usually the signage people look to when uncertainty emerges. This dynamic likely adds to the misconception that the term wayfinding is referring explicitly to the signage in an environment. In fact, the more an environment is designed to facilitate wayfinding, the fewer number of signs are required. The signage system merely decodes the environment for the observer. If the environment decodes itself for the observer then the need for signs is decreased.

Identification signs label things: the range in scale and use of these is vast – a modest electrical closet sign is an identification sign but so is a set of twenty foot tall channel letters bolted to the side of a building. Identification signs are generally inviting. Or helpful at least. They say “here’s your destination – you’ve arrived!” Regulatory signs, however, are the lawmakers – “No Parking. No Exit. Don’t do that.” Regulatory signs do the least work in wayfinding. They add to the Certainty by establishing rules and order but do little else in showing the way.

In signage systems like Legible London, maps are used in both macro and micro scales to aid observers in locating themselves in and navigating through neighborhoods of twisting streets. The consolidation of information and the consistent and clear delivery of the information made Legible London the benchmark for wayfinding signage systems. Tim Fendley, the creative director of Legible London makes the point that Legible London had a special ingredient; “Most importantly, from a practical point of view, Legible London has something that the Islington maps do not, an index. It is what millions of visitors ask of the map immediately upon reading it – “Where is this street?” “Where is this landmark?” An index is a quick and easy method of decoding a map for those people.” Legible London presented beautifully designed signs and maps but it went further to help the observer understand the information. In doing so, they encouraged Londoners to walk more which not only eased the pressure on the transit system but additionally increased healthy habits and public safety (an increase to the number of people on the sidewalks deters crime).

One of Kevin Lynch’s five elements, Landmarks, is an often overlooked wayfinding system element. Not quite architecture, not really a sign, landmarks sometimes occur by design and other times by chance. Maybe some driving need of the architecture creates an abnormality that stands apart visually and by doing so is memorable. Or a piece of public art is placed in the project making that location special, and thus memorable. Lynch cites several characteristics of effective landmarks and notes, “Since the use of landmarks involves the singling out of one element from a host of possibilities, the key characteristic of this class is singularity, some aspect that unique or memorable in the context. Landmarks become more easily identifiable, more likely to be chosen as significant, if they have a clear form, if they contrast with the background, and if there is some prominence of spatial location.” Some landmarks, like a tower or a spire, can be seen from many vantage points making them especially useful in helping to orient the observer. The effect of Landmarks is powerful, especially to those repeat users of space. Lynch notes “There seemed to be a tendency for those more familiar with a city to rely increasingly on systems of landmarks for their guides – to enjoy uniqueness and specialization, in place of the continuities used earlier.” Navigation through the use of past experiences and visible landmarks becomes the fastest of wayfinding strategies as the observer no longer must stop or even slow down to read and understand messages on signs.

In the next and final chapter of the series we will look at the future of wayfinding design.